The Brisbane Property Market – 2019
The Brisbane property market has bucked the national trend and performed well in 2018 with an increase in value of 0.04%; compared to the southern capitals which saw significant price reductions

The Brisbane market has performed steadily over the last decade. Compared to Sydney or Melbourne that saw double digit annual growth, which could not be maintained and as such saw these cities prices normalise over the past 12 months.

The apartment market is also expected to perform well, as supply normalises.

Thinking of buying or selling in 2019? There is a couple of unknowns which will affect the market in the first half of 2019. In particular the federal election & the ability for the banks to lend. Firstly if Labour is to win the election they are committed to making changes to the negative gearing laws. Yes the changes will be grandfathered, however investors will no longer have the incentive to buy second hand property. There will be a lift in interest for second hand properties, prior to the changes take effect, if the government changes that is, and a slow down post.

APRA removed some of the constraints on the banks with regard to investment & interest only loans before Christmas, this will start to flow through to the borrower over the coming months. Increased borrowing capacity will allow buyer to extend their budgets and have a positive flow through to the property market. The unknown is how the banks will reply to the findings of the Banking Royal Commission. The banks have already planned & budgeted for the outcome, with most of the serviceability & reduced leading ratios already in effect. I believe that their may be some short term pain following the release of the final report, with lending starting to normalise throughout 2019

The first quarter of 2019 provides some certainty to sellers, we are working in normal market. Not a bullish or bear market, normalised.

A recent Herron Todd White Residential report (attached) advised that that Brisbane housing market clock is at the “Start of Recovery” and the apartment market “Approaching Bottom of Market”. Buyers should purchase now, before they miss the opportunity and the marketing is back in full upwards swing. 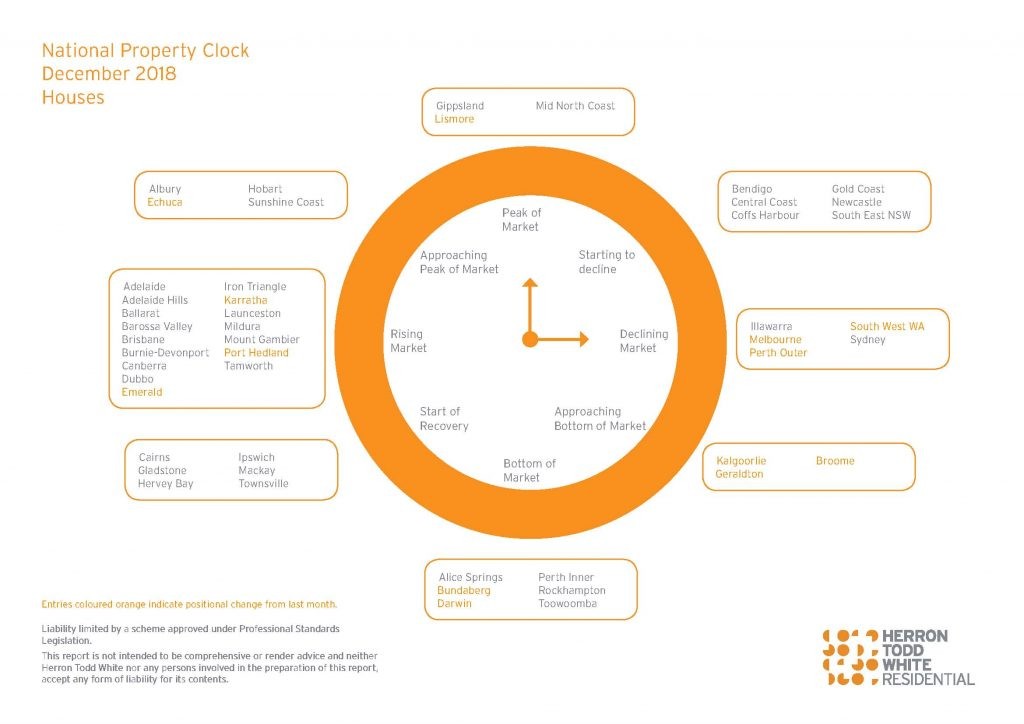