Mega development group Crown have been approved by Brisbane City Council for a whopping $460 million residential development. Due to the easing restriction relating to COVID-19 in Brisbane, Crown has been given the green tick to commence with construction. Crown Group, led by Iwan Sunito has advised that the 1.25-hectare site will offer 12-storeys of resort-style living, and increased apartment sizes in response to market conditions. The 12-storey development will consist of 4 building totalling approx 380 apartments on the river between Victoria & Beesley St.

Coinciding with this, the government is injecting more money into the community with the funding of two new green bridges. These will run between Toowong and West End, and another between St Lucia and West End. These are expected to significantly reduce travel times between work, study and lifestyle and dilute traffic from Coronation Drive into the city.

Pradella, synonymous with West End development, has completed stage one of their Montague Markets development with stage two weeks away from titles being issued. Montague Markets has been a hit with locals, bringing Woolworths and speciality retailers to the corner of Ferry Rd & Montague; along with 181 residential apartments above the commercial space.

Following the success of their Montague Markets development, Pradella has unveiled plans for an exclusive new riverside retreat at West End, fast-tracked in the wake of surging demand for apartments. Enclave is Pradella’s 16th project in West End and backs onto their Light & Co development. Enclave will feature a mix of one, two and three-bedroom residences and Skyhomes. Designed to appeal to discerning owner-occupiers, Enclave anticipates to account for the majority of buyers purchasing in West End.

With Crown & Pradella’s latest developments commencing, amongst other development plans, this will will bring approx 1,000 new apartments to the market in the coming 12 + months. 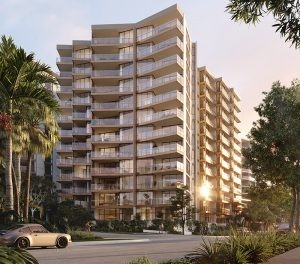