As many of you probably know the West Village Development has just opened their newest addition to their complex: Harris’ Farmers Markets. After much anticipation, Harris’ opened their doors to the public on Friday the 4th of June where the 1800m2 was filled with not only fine foods, but enlightenment for anyone who walked through the doors.

This Australian family-owned business prides itself on its domestically sourced produce and it has projected 250-300 local job opportunities within the local community. This urban investment has found balance between metropolitan style and maintaining the integrity of the iconic West End area.

Three Sydney based brothers have opened 30 stores across Australia, each showcasing and supporting Australian farmers whilst giving customers an unreal experience. In store you can find milk from Maleny, Yellow Bee Honey from Brisbane’s inner city and beef from Warwick, just to start. On top of that, the market includes an in-house boulangerie, charcuterie and prepared on demand donut stall. 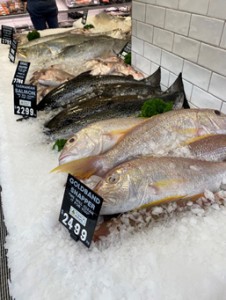 Guide to Changing Your Property Manager