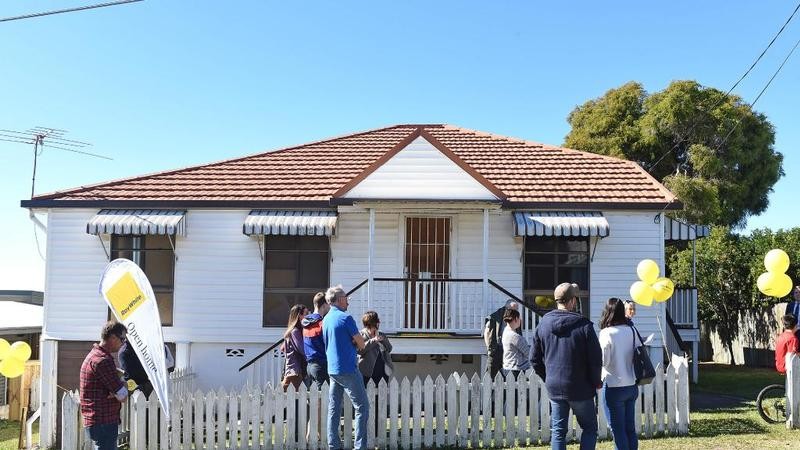 A NEWMARKET house bought as an investment property almost three decades ago has sold under the hammer for seven times what the owners paid for it.

No other offers were made, and the house was sold to Tom and Tiffany Kornacki, who said the outlook, position and location of the house was what drew them in.

“Not sure what we are going to do yet, demolish or incorporate the old house in to a new build,” Mrs Kornacki said.

Mr Kornacki said they lived nearby, and were ready for a new project.

Ray White auctioneer Mitch Peereboom said the vendors would now look at moving to Toowoomba, and were please to start their next chapter.

“This marketplace is performing really well. People want the positions where there is that capital growth,” he said. As of 3pm, Mr Peereboom had sold five out of seven properties, saying it was a sign that confidence had returned to the market since the start of the new financial year.