Under the hammer this Saturday A SYDNEY home held by the same family for more than 100 years is on the market for the first time and going to auction this Saturday at 10am.

‘Carinya’, built circa 1913, is a three-bedroom Federation home on a 690sq m level parcel of land at 32 McDougall St, Kensington (above).

“To get a home in this condition, not altered with the features intact, and held by the same family since they bought the land in 1912 is quite interesting. It’s in pristine condition which is part of the buyer interest.”

The home, built for a former Randwick mayor, has a price guide of $2.8 million.

“Buyers looking are mostly families wanting to upgrade, all from the eastern suburbs,” Mr Kaparos said.

“A lot already live within 1km of the property, and want a nicer home with more land.”

Mr Kaparos’ auction is one of around 300 Ray White auctions scheduled across the country this Saturday. 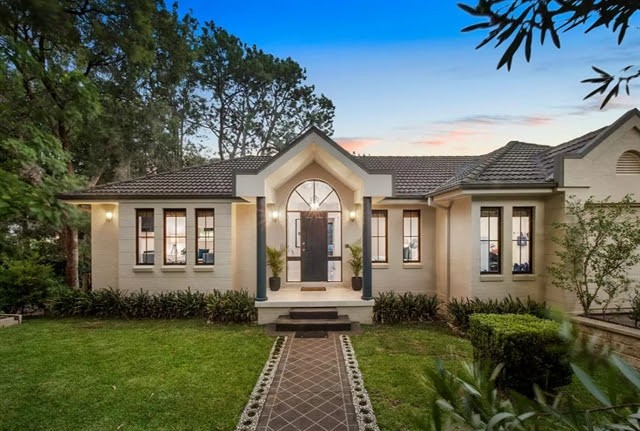 Also in Sydney, almost 90 groups have inspected a large five-bedroom home in a family-friendly pocket of Pennant Hills.

The house at 29 George St (above) will go under the hammer at 9.30am through Ray White Pennant Hills agent Alex Gayl.

“We’ve had a number of third and fourth inspections,” Mr Gayl said.

“The buyer can move straight in, it’s a close walk to the station, there’s a wonderful community surrounding the home, and it really does suit a family. It’s a beautiful home, only 20 years old with quite a bit of charm and character.” In Brisbane, what was an ugly duckling at 50 Deighton Rd, Dutton Park has been transformed and is going to auction at 1pm through Ray White Stones Corner’s Gunther Behrendt.

The old cottage affectionately dubbed as “Australia’s worst house” has now been replaced by a new Hamptons-inspired character home (above).

Sellers Rina and Ryan Zlatkin saw past the original shack and fell in love with the inner-city location and site’s potential.

“It’s been an amazing journey for the owners and what they’ve been able to create is something to be very proud of,” Mr Behrendt said.

“It comes as open-plan, with multiple living indoor and outdoor areas, luxurious kitchen with butler’s pantry, quality appliances and statement island bench. There’s also a parent’s retreat, all serviced by three bathrooms, media room and is completed by a landscaped backyard featuring a grassed area and in-ground pool. Situated in one of the best tree-lined, inner-city streets and just 2kms from the Brisbane CBD, the location is perfect if you’re seeking that inner-city lifestyle.” 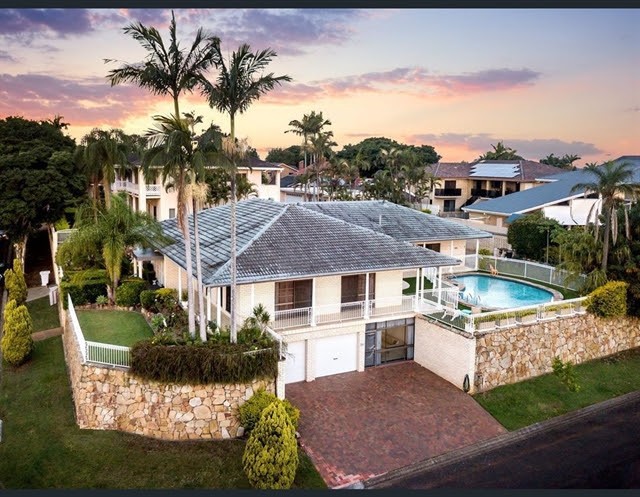 In the buyer hotspot of Robertson, a large 1,059sq m property with double street access is going under the hammer at 1pm through Ray White Holland Park’s Isa Kural.

The home at 1 Reculver St (above) is on the market for the first time since it was built by the seller around 40 years ago.

“It’s in an area where buyers are paying top money for properties, liking the school catchments and being close to Sunnybank,” Mr Kural said. 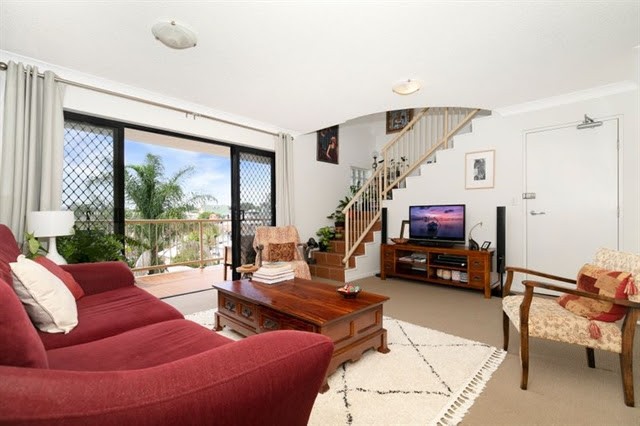 Closer to Brisbane’s CBD in vibrant West End is the auction of 42/60-64 Vulture St (above) at midday.

Unit 42 is spread across two levels with a private 65sq m rooftop terrace overlooking South Bank and the city.

“We have sold four apartments in the last three weeks at or just after auction; with 42/60 Vulture Street, West End going under the hammer this weekend hopefully being the fifth for March,” Ray White West End’s Luke O’Kelly said.

“It’s a clear sign the apartment marketing is improving. The buyers are there and the auction method undoubtedly reduces the number of days on market for our properties.” 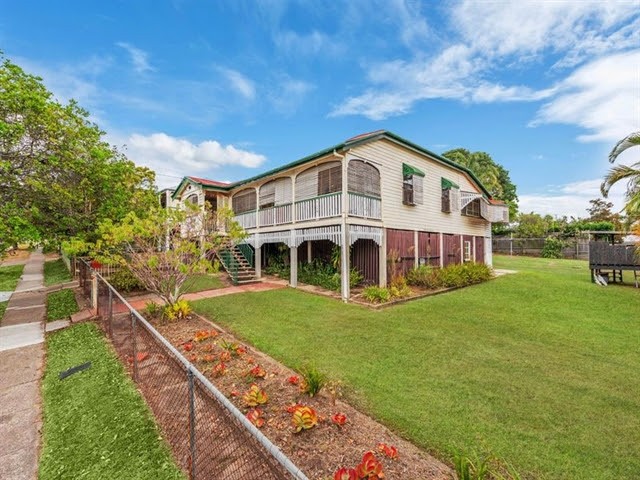 At 3pm, an 810sq m block of land with a character home is going to auction through Ray White Stones Corner’s Ben Cannon.

Just 6kms from the CBD, the Queenslander at 145 McIlwraith Ave, Norman Park (above) is ripe for renovating.

“I think the buyer will be a family who will capitilize on the potential,” Mr Cannon said. 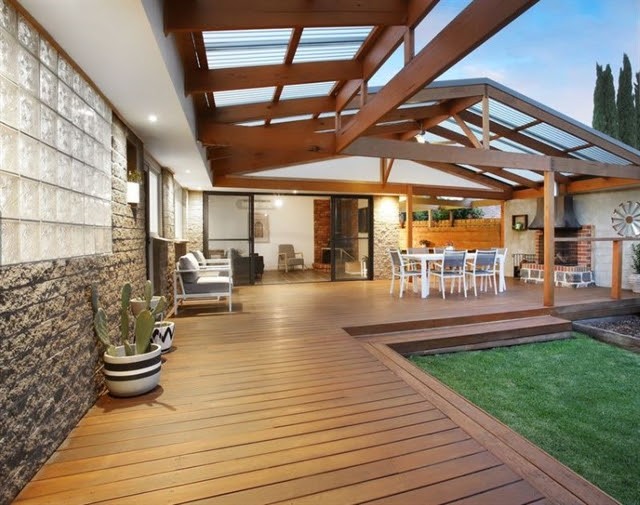 To Melbourne where Ray White Gladstone Park’s Phillip Mercieca has been blown away by the high level of interest in the 11am auction of 5 Kirk Court, Tullamarine (above).

“We had huge numbers through the first opens and that’s remained fairly consistent throughout the campaign,” Mr Mercieca said.

“Over the course of the campaign we’ve had around 180 people through. Generally, with similar campaigns in the area we’re seeing 30 to 50 people. There’s not much stock and a lot of buyers looking. Ultimately it comes down to price.” 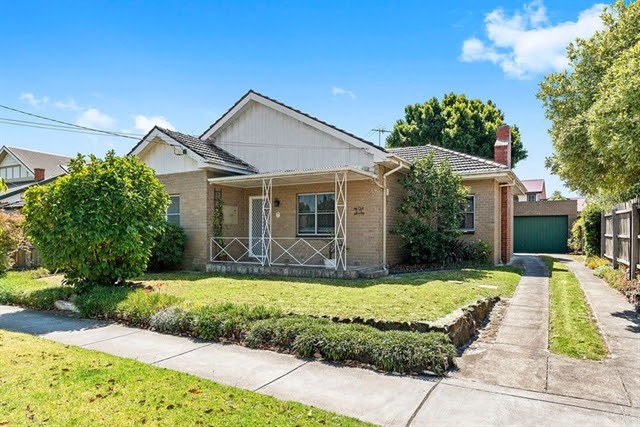 At Cheltenham, Ray White’s Kevin Chokshi is auctioning a 699sq m property at 11am that’s up for sale for the first time in around 80 years.

Mr Chokshi said a lot of young couples were looking to buy the solid two-bedroom, one-bathroom brick home to renovate. 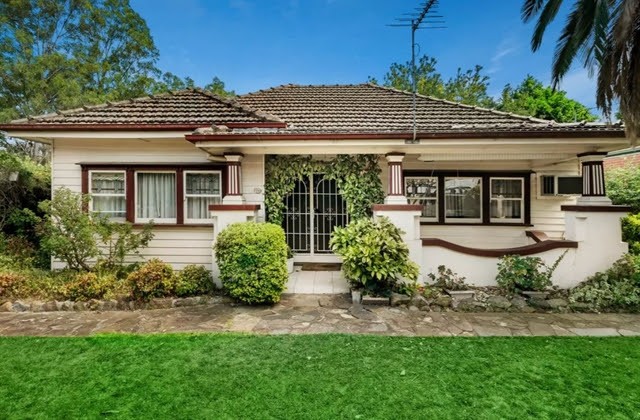 A deceased estate at 19 William St, Box Hill (above) is going to auction at 11am through Ray White Blackburn’s Peter Schenck.

The charming bungalow on a 679sq m block of land is an easy walk to Box Hill Central and in the popular Box Hill High School catchment.

“I believe this is the first time the property has been for sale in a good 60 years,” Mr Schenck said.

“Local buyers including residents in the street are interested. Plenty of other lots in the area have been snapped up for multi-development sites or unit sites.” A Carnegie apartment has generated solid interest ahead of its 1pm auction this Saturday.

The three-bedroom, one-bathroom ground floor home at 5/219 Neerim Rd (above) comes with a north-facing courtyard garden and carport. 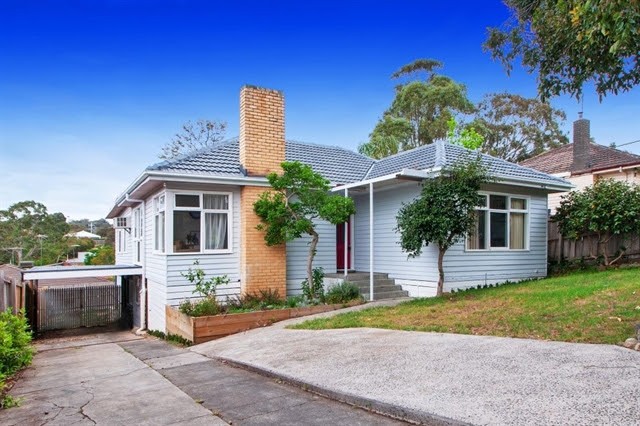 Still in Melbourne where at 3.30pm, young families, couples and investors will be bidding to buy 10 Victoria St, Diamond Creek (above).

“We’ve had 85 groups through which in this market is significantly higher. It’s set at a good price for first-home buyers and young families to buy into the area. The home needs a bit of TLC but it’s in a prime location.” 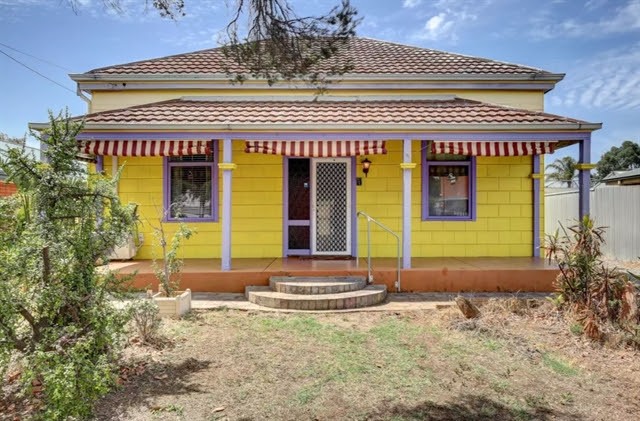 In Adelaide, an eye-catching home at 8 Clifford St, Ethelton (above) is going to auction at 1pm through Ray White Semaphore’s Graham Minns.

The early 1900s cottage on an 818sq m block is less than a 10 minute drive to the beach and popular shopping precincts.

“People come through and say they could renovate, but given it’s 800sq m that hasn’t been subdivided, that adds another dimension to it,” Mr Minns said.

“Even if you can’t afford to develop it yourself at this stage, it gives you options in the future. I believe you can return it back into a lovely family home. I’ve sold a number of 1880 to 1900 cottages around Port Adelaide and the western suburbs and no doubt they have appeal and people like to keep them exactly as they are. Value-wise, I think it’s an outstanding opportunity.” 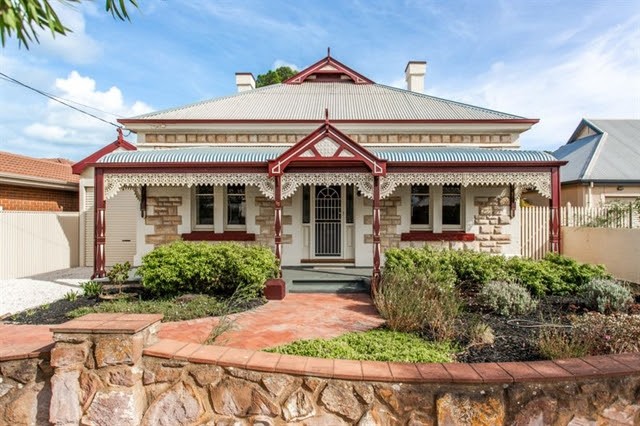 Also at 1pm, at Alberton, Ray White Port Adelaide’s Nick Psarros is auctioning off a stone-fronted villa on a huge 1,017sq m parcel of land.

The 1920s home at 15 Bishops Ave (above) has plenty of original features including high ornate ceilings, leadlight windows and fireplaces.

“It’s been beautifully renovated by the vendor, and is on just over 1,000sq m so you can sit on the back deck and feel like you’re in the country,” Mr Psarros said.

The yard backs onto Pioneer Park, which is accessible through the rear gate