AUCTION numbers are on the rise across the country following the Australia Day long weekend hiatus with Ray White Group scheduling 174 homes to go under the hammer this Saturday.
After almost 65 years of memories under the roof of 13 Brennan Rd, Yagoona, one Sydney family is preparing to sell their much-loved home at 10am.

The three-bedroom, one-bathroom house on a large 733sq m parcel of land is around 22kms southwest of Sydney’s CBD.

Ray White Padstow Revesby’s Jamie Azar said he’s had around 20 to 25 groups through during inspections.

“I think the buyer will be somebody who will knock the house down or renovate,” Ms Azar said.

“Locals are interested, as well as a lot of people from the Hurstville area.” 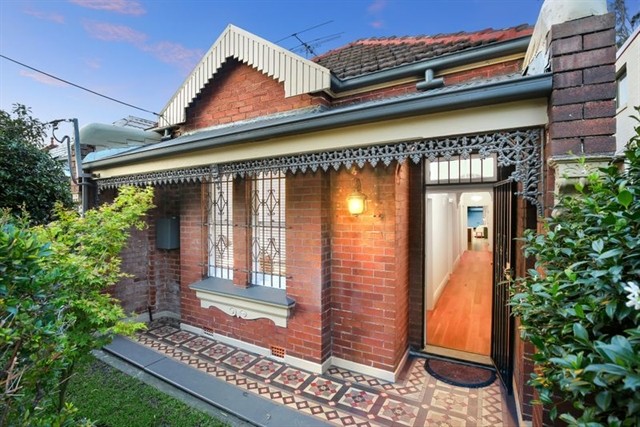 Still in Sydney where Ray White Surry Hills and Alexandria director Ercan Ersan is expecting a big crowd at the 8.30am auction of a freestanding residence with plenty of potential to extend.

The three-bedroom updated home (above) at 96 Salisbury Rd, Camperdown has a price guide of $1.3 million.

“It’s a good land size, freestanding and north-facing to the rear with potential to add a second level,” Mr Ersan said.

“The family home has been renovated and opened up at the back around ten years ago so all the hard work has been done but there’s still huge potential to add more bedrooms.” More than 60 Ray White auctions are scheduled across Victoria this Saturday, with a home offering handy dual income potential up for grabs at 11am.
Ray White Seddon’s Valentino Petrucci has listed 7 Khartoum St, West Footscray (above) with a price guide of $695,000 to $745,000.

“It’s in a great pocket of West Footscray, within walking distance to parks and public transport,” Mr Petrucci said.

“The house is different too as it has two kitchens so the one-bedroom flat could be rented out with the two-bedroom home separate. There’s so much potential in this home and in that pocket you can’t find much on the market at the moment. It’s because of the location and the people living there have been there for a long time.”

“It’s also good size land and one of the larger blocks you’ll find in the area. We’ve had around 40 groups through during the four week campaign.” In Brisbane, Ray White Ashgrove’s Tamara Lee is preparing to take a grand Queenslander (above) on a 797sq m block to auction at 10am (AEST).
The home’s size and address, at 22 Gizeh St, Enoggera, is a huge lure for families.

“We’ve had 80-plus groups through in the four week campaign,” Ms Lee said.

“It’s so close to Ashgrove and offers exceptional value. It’s a big house with a substantial pool, a park on the street and is walking distance to the train.”

The 1920s house was renovated in three stages over a six-and-a-half year period resulting in a large home with a Hamptons feel. 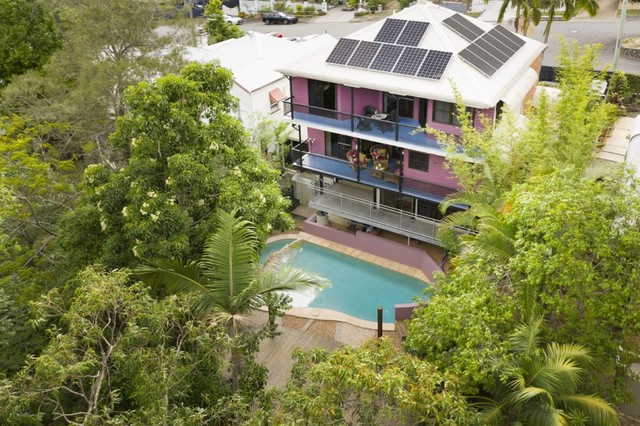 Young families keen on securing a place in the Brisbane State High School catchment have been keen on 12 Rosebery St, Highgate Hill.
At 11am, Ray White West End’s Luke O’Kelly is taking the three-level energy-efficient property (above) to auction.

“I strategically thought about the different steps to improve the home including adding a pool, new carport and decks,” Mr Brown said.

The five-bedroom home is surrounded by lush mature vegetation just 3kms from the CBD.

“The house is unique to Highgate Hill as it is so close to the CBD but looks into bushland and greenery,” Mr O’Kelly said.

“Looking back from the house you would not think you were less than five kilometres from the CBD. Most people coming through the house are wanting to be in the State High catchment and plan to stay there for their children’s entire schooling lives.” For those wanting to build their own dream home by the sea, there’s a great buying opportunity just north of Brisbane at 9am.
The 804sq m parcel of land at 81A Wakefield St, Sandgate is a 500 metre walk the esplanade, and offers views across the water to Moreton Island.

“The seller has owned the property for five years and I’ve got locals looking to build their dream house, as well as developers interested,” Mr Tatnall said.

The home is on a shared in-road, which Mr Tatnall described as being like “a private cul-de-sac”, so despite its proximity to the hub of Sandgate Village, there’s minimal traffic and noise. Ten minutes from Adelaide’s CBD and the beach is a heritage bungalow home (above) going to auction at 1pm (ACDT) through Ray White Plympton’s Adam Keane.
Aside from the beautiful five-bedroom house, there’s a studio that could be used as self-contained living quarters, a teenager’s retreat, guest bedroom or home office.

The property, at 6 Basnett St, Kurralta Park, provides access to some of the top schools in Adelaide.