Under the hammer this weekend

RAY WHITE GROUP is keeping busy with 123 residential auctions around the country this Saturday with Spring just eight Saturdays away, vendors are keen to sell before a flush of extra stock hits the market. 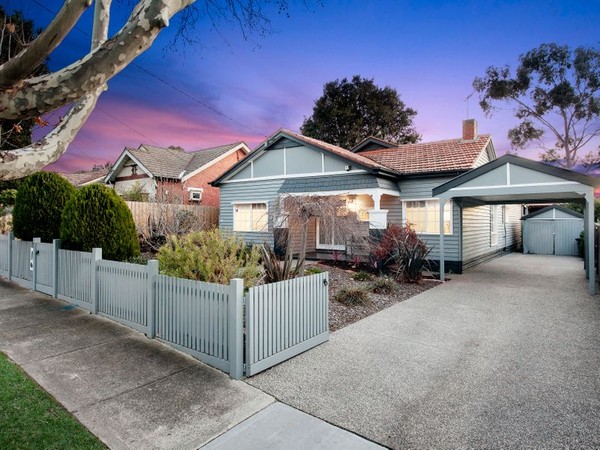 Let’s start in the gold rush state. Malvern in Victoria is not short of fabulous period architecture, and the good taste continues with this family home at 11 Sycamore Street, Malvern East.

It’s been a crowd scene at the opens with Ray White Carnegie’s Tom Grieve disclosing more than 140 groups have been through, and inspections aren’t over yet.

The cat is out of the bag that the vendors are relocating and are serious about a sale so the interest has been heightened in this four bed, two bath home in a tree lined street that has some really lovely homes. The early Victorian bird might catch a prime auction worm with this 10.30 auction in Box Hill. Hugh Francis, Director at Ray White Forest Hill says 14 Woodhouse Grove has been a very popular listing with 70 groups through.

Additionally Mr Francis says the fourth bedroom is a rarity in this style of home, so investors are also seeing value and will no doubt be among the five bidders already signed up for the auction. Developers are circling this one at 55 Linda Avenue, Box Hill – and with approved plans already in hand, you can see why.

Ray White Forest Hill associate director auctioneer Jeremy Tyrell says although seeing 35 groups through the door for inspections is a very good sign of general interest, what’s got him more excited is the very high level of enquiry on the phone and online. This activity suggests the property will go to a buyer who is not fussed about bedrooms and bathtubs, but rather the approved plans for three townhouses on the site.

Mr Tyrell has just upped the guide to between $1.2-$1.3m and is expecting some interesting action at the 11.30am auction. A one bedder in Enmore always gets bidder attention, and this one is no exception.

Complete with a generous balcony, 13/2-6 Liberty St offers investors and buyers the chance to do a bit of a reno, (although the bathroom is already done) and take advantage of the inner city buzz.

It’s going on the block at 10.00am with Ray White Surry Hills director Ercan Ersan taking names and numbers. Kellyville continues to be considered a ‘new suburb’ with contemporary homes developed with green spaces included as a high priority.

The layout and views at 10 Cameo Place are a good example of why the area is so popular. Ray White Castle Hill agent Craig Robinson has seen 50 keen inspectors through the door, all families, who are impressed with the five bedrooms, spacious living and green, park-like surrounds.

Joseph Myer will be calling the shots at the midday auction, with eight potential buyers already asking to register. 25 George Street in Vale Park is a mere 8kms from Adelaide’s CBD and yet remains a bit of a secret.

Ray White Campbelltown principal Joe Hibeljic says in just four opens he’s had 32 groups through. “Vale Park is tucked away, but it is quickly becoming very popular with a really wide range of buyers, including first home buyers.”

The security of double brick construction, a great kitchen and a massive well-constructed shed in the rear garden offer a range of great options, on a large block

In the buoyant Adelaide market Mr Hibeljic is expecting four or five bidders for the midday kickoff. 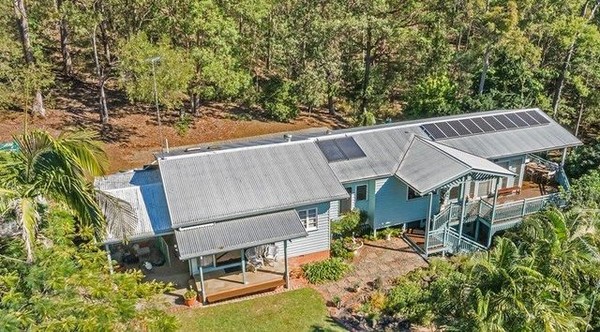 A long, sheltered driveway in Brisbane’s inner west leads up to a really special three-bedroom home painted in shades of peaceful blue at 54 Gordon Rd, Bardon.

And that driveway has seen some traffic lately as 52 groups have come to have a look at the property – although the numbers lie just a little bit as one group has been back five times, and two other groups have each been back four times.

Many are attracted to the way the narrow and private drive delivers people to the fat part of the block – so fat in fact that there is some potential here for a subdivision at the top of the driveway.

Needless to say, this three bed, two bath house has already received few offers, with Ray White Toowong sales consultant Andrew Van Bennekom expecting a mix of renovation experts and family buyers to raise their paddles at the 11am auction. 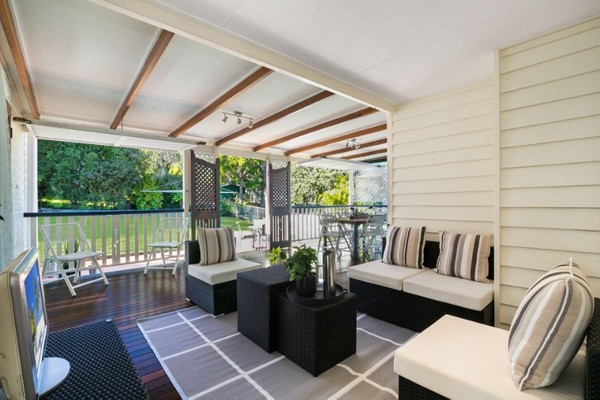 It’s the Aussie dream! Being able to close off the street so all the neighbourhood kids can play cricket until the sun sets.

According to Ray White Sherwood agent Michael Nolan that is certainly part of the charm that is wooing enquiries about 11 Purcell Street, Moorooka.

Eighty families, and couples with plans to be families, have been through this beautifully presented three bedder which has enough space on the huge back lawn for a limited-over series of its own.

Great floorplan, with high ceilings and sprawling verandas, no surprise then a dozen offers have already been floated, and the agents are expecting 8 bidders to tense up for the toss of the coin at 1.00pm. A big property on the very edge of Brisbane central is getting lots of attention from buyers, as 21 Brook Street heads to auction this weekend. Forty-five groups have so far gone through the five-bedroom home, and four offers have already submitted.

Ray White West End Principal Luke O‘Kelly says about half of those coming through the door are developers looking to take advantage of the possible dual occupancy potential.

The other half are families who fancy a challenge of bringing this one back to life.

The two-level home offers 208sqm of interior space, on a massive 923sqm block so close to the CBD that with a decent one iron shot you’d break a window in Vulture Street.

Along with agent Matt Sale and auctioneer Mitch Peereboom the action is scheduled for 2.00pm onsite, with five bidders likely to take part.