NEW business owner Luke O’Kelly had a spark of an idea when he was looking at the blank walls inside his new Ray White office in the vibrant inner city Brisbane suburb of West End.

It was then that he decided to commission a local artist to paint a mural on the wall, to depict the eclectic Brisbane neighbourhood.

“We wanted to take a piece of the street and bring it into our office, so it wasn’t sterile like a lot of offices. West End’s got a lot of bohemian people and we wanted to depict that in the mural as the whole focus,” Luke said.

The mural is the work of local artist Kat Smirnoff, whom the West End team commissioned after seeing a similar painting she had completed for a local cafe.

Kat spent a couple of weeks getting to know the area through sketching, photographing, and drinking coffee with the locals. It took a further three weeks to finish the artwork.

“Kat came to us with a sketch and it expanded from there. She would take a photo, overlay it and project it onto the wall so she could get the detail of what she wanted to achieve. It was her imagination gone wild,” Luke said.

Artist Kat Smirnoff said the painting showed a version of West End that was “saved in her head”.

“The O’Kellys wanted to see the eclectic West End. So West End itself was my inspiration. I wanted to include real buildings, cafes, and restaurants that you can find in West End but all in one place, so it’s all geographically wrong.

The reaction from the community has been positive. “We’ve had a lot of people standing at the big glass doors that wrap around the office – you can see it from wherever you stand on the street. Every time you look at it you see something different,” Luke said.

The art had become a real talking point for clients who visit this brand new office. 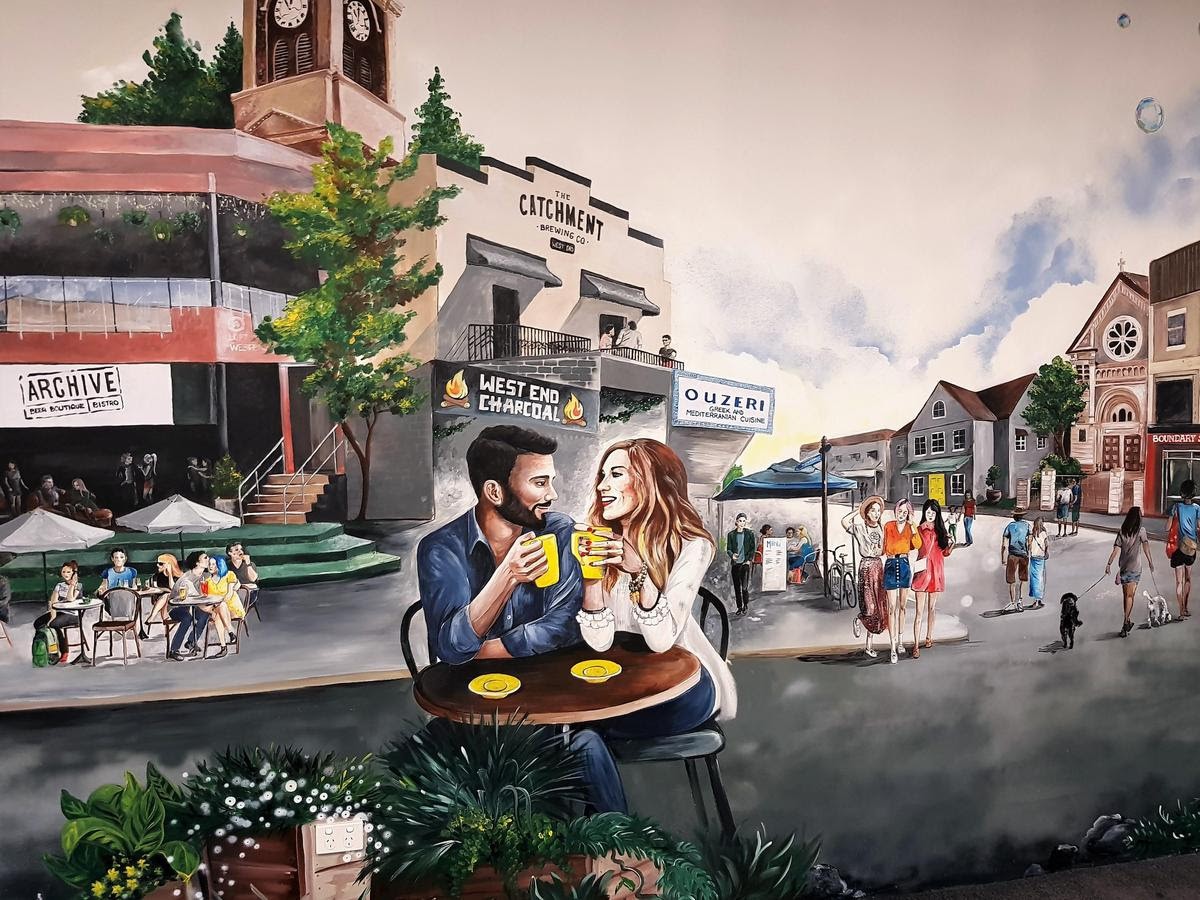